Ashtanga Yoga literally means “eight limbs of yoga”. These limbs are defined in the second chapter of the Yoga Sutras of Patanjali, and comprise the foundation of Ashtanga Philosophy.

Asana is the third limb of the 8 limbs. Today, however, when many people say “Ashtanga”, they are often referring to Asana, which is the physical sequence of postures as taught by Sri K. Pattabhi Jois.

The practice of yoga is an art and science dedicated to creating union between body, mind, and spirit. The objective is to help the practitioner in using the breath and body to foster awareness of oneself as an individualized being intimately connected to the unified whole of creation.

Patanjali’s Yoga Sutra is an eight limbed path that forms the structural framework for yoga practice. Upon practicing all eight limbs of the path it becomes self-evident that no one element is higher than another in a hierarchical order. Each part eventually brings completeness to the individual as they find connectivity to the divine.

You will notice as you read through each of the eight limbs and their sub-sections, that they are closely aligned to the Christian bible. The reason for this is because Hinduism is the oldest living religion or ‘way of life’ and all other religions are based off of it.

The Eight Limbs of Yoga

The yamas or the first limb, consists of 5 parts:

The Asanas we practice and teach have been given to us by Sri K. Pattabhi Jois (also called Guruji)

Guruji believed it was necessary to enter into the eight limbs of yoga through the physical postures, the third limb.

As students of yoga we are able to actively practice the external limbs, while the internal limbs are the fruits that comes from a sincere and continuous practice.

The final limb of our practice is manifested through Divine Grace and arises spontaneously. They are not mental states that can be brought about by our own efforts. They are the result of fully understanding what it means to completely surrender to something greater than ourselves.

The eight limbs of yoga are interconnected, and not separate steps along the way. Whether an individual starts by practicing the physical postures, breath awareness, or mindfulness in the daily practice of the yamas and niyamas, each limb encourages growth in the other.

As the body becomes more steady and at ease, the breath starts to come under control, and the mind begins to experience moments of clarity, and essential peace. 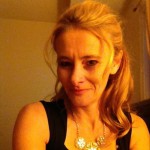